Being able to put on a pair of skis in front of the house and simply slide into the woods is an incredible feeling. You can glide with minimum effort past the pink, white, red and yellow houses before approaching one of the well maintained ski tracks, and within minutes you are deep in the fir forests, covered in white powdery snow. Lapland or rather Sápmi extends through Norway, Sweden, Finland and parts of Russia. In this subarctic region, where temperature can drop to -40 ºC, the incredible landscape and a fauna that has adapted to these conditions means visiting is definitely worthwhile. 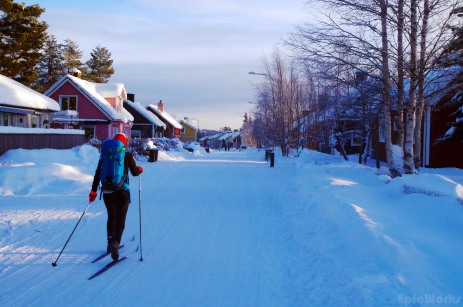 Past the red, white and yellow.

The snowy expanses of Norrboten

The two “little” ones stay in the forest

Mama elk makes sure the coast is clear

Ready for the race 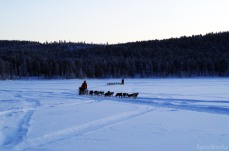 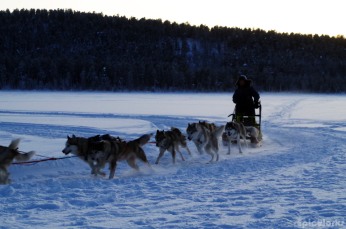 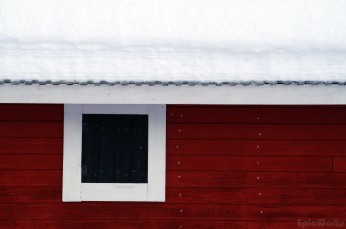 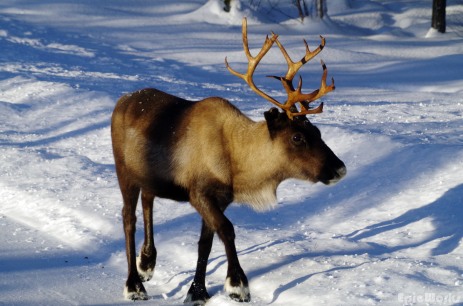 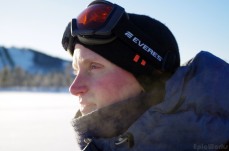 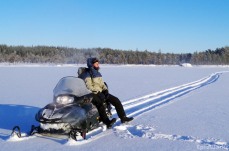 Resting in the northern sun 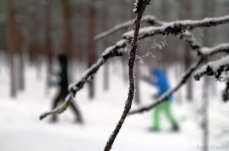 Gliding into the forests 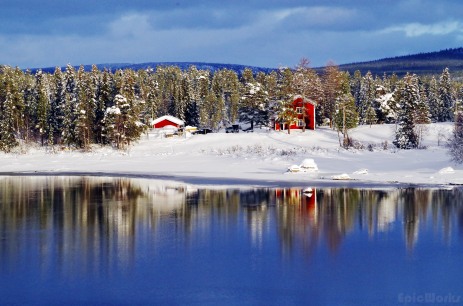 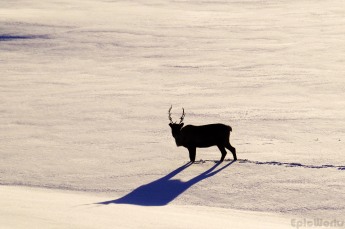 I’d had very little experience of cross-country skiing before going to Lapland, so my first outings were rather slow, but as I set out for several days in a row, I was able to pick up the pace. Getting out into the woods is other-worldly, with the soft snow muting all sounds, until it is almost perfect silence. The cold is intense, but once I got going I’d be fine, and I could always look forward to a hot drink upon returning home. During these outings I was able to come across several herds of reindeer in their natural habitat. Although all reindeer in Sweden belong to someone and are therefore livestock, they are allowed to roam free in the forests. Even so, it is still great to see them gracefully standing under the falling flakes or pulling at the tree bark on which they feed during the winter months.  They are perhaps less idyllic when they take to the roads, making driving difficult and sometimes even dangerous. Elk (known as moose in North America – the term elk is used for a different animal) are huge beats, strutting around on relatively thin legs that allow them to push through the deep winter snow. On a sunny winter morning I was able to come across a cow with two of her calves. At first, as they walked through a field by the side of the road they did not look so big. But when they climbed up and out onto the asphalt, I was able to appreciate their true size, which ranks them as the second largest land animal in Europe. After being able to photograph them, they slowly walked back into the trees.

Another way of getting around during the winter months is by snowmobile. After an intense procedure to get it started after the cold of January, Hugo an I set off into the forests at high speed. Following one of the many paths that are open for such vehicles, we flew past firs and onto open lakes. Here, with the large expanses of deep powdery snow, we were able to float on the surface layers and glide along. Climbing a nearby abandoned ski run, we got a view across the infinite forests of the Norrbotten area, extending all the way into Finland and Norway.

Grabbing my bag and pulling on multiple layers of clothing I make haste. The snow crunches and squeaks underfoot as I set off down the road. Rather than make the ground slippery, my boots are gripped by the freeze as I leave the small town of Jokkmokk behind and head into the cold winter paradise. My headlamp lights up the dark and I arrive at a small lake a few hundred metres on the outskirts of town. From here I have a good view of the night sky. Slowly, almost imperceptible at first, a faint greyish tint floats over the north horizon. It is the beginning my first experience of seeing the aurora borealis. 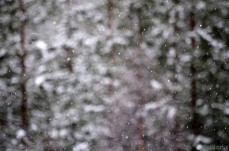 Reindeer in the snow 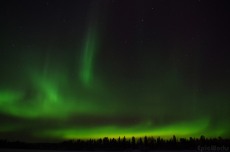 The watcher on the lake

Seeing and photographing the northern lights:

I spend several hours waiting and taking pictures of the northern lights. Some tips if you want to see/photograph them are: